When the New York Times magazine starts talking about a post-dieting era, it’s mostly wrong. A study published this year in Eating Behaviors shows that one in four girls and one in five boys was on a diet in the past month. In middle school. That’s right, during the peak growth period of young person’s life, many young people are depriving themselves of food.

But it is true that by the time we reach our fifties, after decades of failure, we’ve started to become jaded to the constant promises that this next diet will do the trick. So the sale of diet products has dropped, but only a bit. Don’t feel bad for the diet industry, which still averages about twenty billion dollars a year, most of that from women.

Is the failure of dieting just more fake news? Not really. The fake news would be if 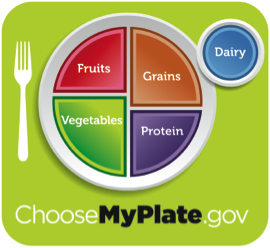 someone said that any of the diets were superior. All of them work short term, about equally. But the weight loss is only tracked for a year, because all of the diet sellers know that over about two years the weight is regained. No, it’s not you. It’s pretty much everyone, except those highly paid spokespeople who’s job it is to convince you to buy their diet product.

Just want to have that fat suctioned away? Unfortunately, it comes back.  Women who had liposuction looked better for a few months, but returned to their previous state within three to twenty months. Even bariatric surgery, that last resort, shows mixed results for the truly obese. In the first year, it had a higher mortality than not doing the surgery. For other obese patients, short term surgery results are dramatic, but no one is tracking patients for longer than a few years to see if they keep the benefits.

The newest thing on the horizon, and look for this to be marketed hard as soon as they figure out how to package it, is going to be fecal transplants. If you haven’t heard about these, it’s exactly what it sounds like. You literally eat someone else’s poop. Maybe our dogs have known something we don’t know all this time. Why does this work? Because the bacteria in your gut largely determine how many calories you absorb. We figured this out when germ-free mice suddenly got fat after getting the gut bugs of obese mice. They didn’t eat more, they just gained weight while eating the same amount. Now we’ve moved into testing human twins’ gut bacteria on mice. Once again, the mice getting the fatter person’s bacteria got fatter.

So should we just give up on trying to change our diets at all? No, but we do need to reframe our expectations. The idea that our bodies will lose a significant amount of weight and keep it off doesn’t really mesh with the whole survive as a species idea. Here’s a TED talk that pretty much does in the idea of permanent long-term weight change.

But, while I find that inarguable, I will say that permanent, sustainable, and dramatic lifestyle change is possible. In the last two years, I’ve dropped five pounds. That’s well within the range of my internal set point of ten to fifteen pounds as detailed by the TED talk.

Big whoop, you say. Yep, that’s why diets fail, because my five-pound weight loss is the average for all diets over the period of a year. But let’s drill down into my weight loss to point out the failure of conventional wisdom about weight-loss and why we’re not fated to live out our lives determined by a set point.

In full disclosure, I was diagnosed with colon cancer in 2015 (I’m fine now, thanks, but your ongoing prayers are appreciated). At my diagnosis, I became a sugar-free, gluten-free vegan. (Yes, I’m writing a cook book -it’s very thin.) Surprisingly, this diet stuck when nothing I’ve done over the years has. Call it the “I don’t wanna die” diet, which is evidently what I needed to get serious.

So how come I’ve only lost five pounds? Well, see the rest of the article. Then take a moment to realize that, unless you’re going full Fruitarian, you won’t out-strict me in your weight loss efforts.

BUT…I lost two belt loops. That’s right, my belly is about two inches smaller. Did I forget to mention that I exercise six days a week? Yeah, my body is the same weight, but it’s not the same shape. I can do things easily now that I couldn’t before. I look better than I have in years. And my body continues to reshape itself, almost two years in.

What’s the change? Well, complete diet and lifestyle shift, which seems to be lifelong. That will work for weight loss, and explains every person you’ve ever seen who’s lost weight and kept it off. So the goal can’t be dieting, which involves an arbitrary end date where you supposedly won’t be dieting. It has to be change that you can maintain for the rest of your life. Finding that change, which is individualized, is the key to getting and staying healthier.